Thomas Schad: "In Bosnia (II): on traditions and naming"

As long as there is tradition, names can tell you a lot there, in Bosnia. But with traditions, it is complicated, not only there, and we will face many contradi(c)tions. Amongst people who come from the muslim tradition in Bosnia, it is an outspoken spiritual advise that names must be beautiful (lijepa imena)._ But there are not only people and name bearers from the muslim tradition, in Bosnia. There is a multitude of traditions, and therefore, there is difference, and when the imam says names must be beautiful, he (and never she) doesn’t primarily refer to their sound; a condition for the beauty of a name is, before beauty in itself is sensible, not to be worn as a common name by people from outside muslim tradition. And as we will see, there are many truly beautiful names in Bosnia. But first, beauty is conditioned, and names must be beautiful muslim names (lijepa muslimanska imena). Only when a name is understood and accepted as a name from the muslim tradition, when it is telling, then its sound may be compared to, and preferred from, other telling names, according to their sound of beauty and the parents’ taste.

But, if we say that names in traditional Bosnia are telling names — by telling whether a person comes from the muslim, christian, or jewish tradition — am I not implicitly saying that names in Germany don’t generally tell us this information? Following a traditional pattern of tradition, this might first sound true and simple and intelligible, and many people might agree. But when we question this, and when we take a deeper look into names, traditions of naming and religious affiliations, it becomes obvious how oversimplifying this would be.

On the one hand, naming, traditions, and religious affiliation are like intestines: as long as there is tradition, they are vital for a society with common sense, and then, they are inwrought and safeguarded, and they cannot be looked at easily. And as we will see, even if we believe in the illusion that we might think of a society as of a non-traditional society, restrictions and confinements around naming, religious affiliation — tradition — prove to be perseverant and robust. Looking deeply into traditional naming is like hieromancy: traditions are hedged by sacrileges, or at least by legal sanctions. It’s rather a question of scale than whether there are sacrileges and traditions wrapped in naming, or not. As long as there is tradition, naming is prescriptive – and naming is always prescriptive – and unnaming or renaming comes with difficulties. Naming is similar with coming from a religious tradition: as long as there is tradition, it is generally uneasy to leave the tradition, and even though conversion or apostasy are nothing unknown in Bosnia, it comes at the price that a name-bearer can never un-baptize or un-circumcise herself or himself. Documents, testimonies, memories, and: gossip – will stay and remind. Even if people change their forenames due to conversion, if they modify them from telling names into sounding names, and even if the family name is changed as well, there will be reminders of the past, and they will be difficult to hide.

Many people, in Bosnia, in Germany, in Turkey, and elsewhere — as long as there is tradition — don’t look too deeply into the intestines. Intestines are intestines, because they are inside and covered, and traditions are traditions, for being practiced tacitly and unquestioned. Although traditions may well change, and do change, they change gradually and implicitly, and they don’t reset the memory of their former selves. Traditions, whether they were modified recently, or kept (apparently!) unchanged over a longer period of time, they rarely lose their connection to their past, and even when they seem to do so, like in the case of unnamed and renamed Bosniaks in Turkey, like Murat Öztürk, the name bearers, as bearers of tradition, tend to keep circulating memorandum items, and will find ways of keeping a connection to precedented traditions.

In Bosnia, besides all shadows and degrees of muslim, christian-catholic, christian-orthodox, and jewish traditions, there are also atheists, Roma, Yugoslavs, communists, Albanians, mixed traditions, Czechs, non-traditionals, new traditions, changing traditions, shadow-, multiple-, and switching identities, there is Hare Krishna, there is conversion, and there is no less (and even more) diversity elsewhere. However, as long as there is tradition, it is undeniably most often true that given names in Bosnia are telling names, indicating which one of the religious traditions the name bearer’s parents were following — despite many complications and contradi(c)tions, all of which need to be taken into consideration, if we want to understand the generative logic of endonyms, eponyms, and exonyms, such as Bosna, Bošnjak, and Boşnak and their function for unnamed and renamed Bosniaks. 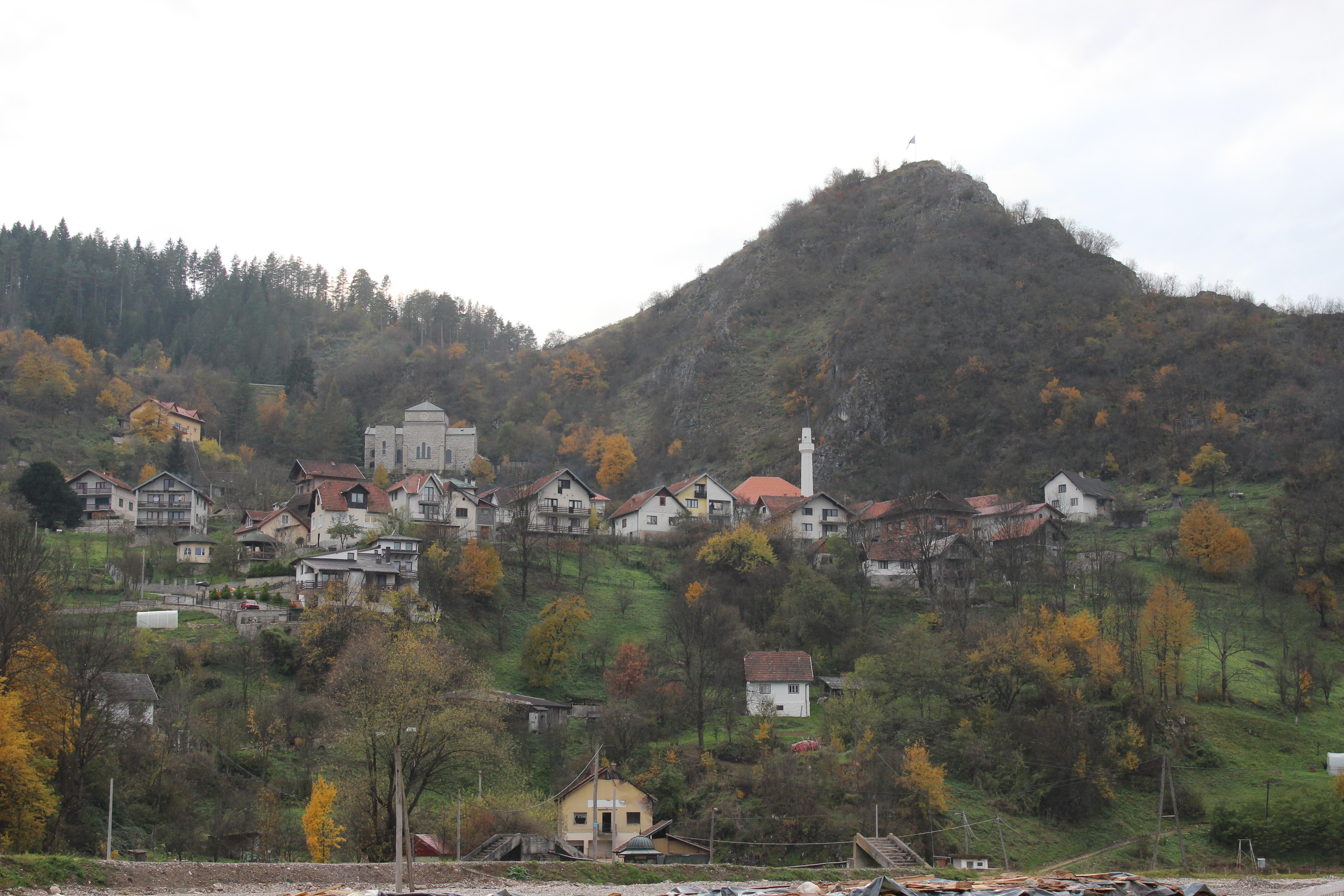 Picture 2: The town Olovo in the Zenica-Doboj canton. Religious diversity with all its ups and downs in Bosnia can be read by the history of coexistence of the oldest sacrifice to St Mary in the Balkans (which dates back to the 14th century, at least), the town's mosque, and its orthodox church (not in the picture). Nearby Sarajevo is also an important site for Judaism, where the Sarajevo Haggadah has survived the Holocaust and the siege of Sarajevo 1992-1995

As long as there is tradition may be understood literally, and we could argue that parents who come from the muslim tradition and who name their children contradicting a given canon of possible telling names – break with the tradition. This would be an orthodox snap-shot view on traditions. However, this is complicated by practice, more often than not. Knowing many people from the muslim tradition in Bosnia, I looked up their names, and their names are Armina, Sanel, Ermin, Damir, Elvis, Lea, and so forth. We can see that those names stem from non-islamicate traditions, which would contradict orthodox traditionalists’ view that names must be muslim. Following the orthodox view, parents who name their children like that, break the tradition, even though they might be convinced that Armina, Sanel, Ermin, Damir, Elvis, and Lea are beautiful muslim names, just like Ahmed, Mehmed, Lejla, Mirsada and Nisveta.

For those who „break the tradition“ by preferring sounding names, it has become quite common to alternate the order of priorities and conditions, and by this, they question conditionality. There may be, for instance, various reasons for preferring a sounding name. It can mean that parents prefer a name that is neutral in an ethnic sense that it is not any longer a telling name, and, of course, neutral naming itself can become a new (invented) tradition, too. To prefer a sounding name can also mean that the name was believed to be a telling name, like Indira, Aida, Armin, and Elvir. As long as there is tradition, it would also be unthinkable that a person coming from the christian catholic tradition, like Baba Verka, gives to her daughter a muslim-telling name, as they were popular in my mother’s generation, like Mirsada or Merima, which would tell the (wrong) information that her daughter comes from the muslim tradition. Therefore, my mother was named Marija, which is, clearly, a christian-telling name, telling to her peer group that she comes from the christian catholic tradition, although it may also be telling of a christian orthodox tradition.

Many traditions are currently practiced in Germany, and many are not (anymore), while others seem to pave their way, but perhaps an inner voice might still suggest that in contemporary Germany, names, rather than they tell, they do sound (or not) – and then, they are given, or not given, as sounding names according to taste, whereas most of the sounding names that are given, they are, at the same time, german-sounding names. We might add that german-sounding names, especially if more of them appear in a row or hyphenated, like Rainer Maria Fassbinder or Franz-Josef Strauß, also have complicated or more complicated meanings, and for they are very old, greek, latin, hebrew, germanic, french, english, italian, aramaic and so forth, many people don’t know their own or other people’s names’ meanings, because names as such don’t tell (anymore). We may contrast naming in Germany with naming in Turkey, where many common names, especially those from the post-Ottoman and Turkifying republican context, such as Yeter (Enough), Yağmur (Rain), Dursun (May It Hold), Mutlu (Happy), Ülkü (Ideal), Özcan (Pure Heart/Soul/Life/Spirit) or Ebru (Vein/Ebru Painting), undeniably tell in a more literal sense.

By this, I don’t only mean that they don’t tell immediately, for example, that Thomas can mean twin and one of the twelve apostles of Jesus Christ, known as doubting Thomas, which would make it a christian-telling name in a society with multiple religious traditions; I also mean that they don’t tell from which one of the predominantly christian-catholic or christian-protestant traditions the name bearer comes, and especially if we look at eastern Germany, we could even say that the christian tradition altogether has drifted apart into a shadowed half-knowledge. In that sense, we could juxtapose non-traditional Germany and traditional Bosnia. (-to be continued soon-)